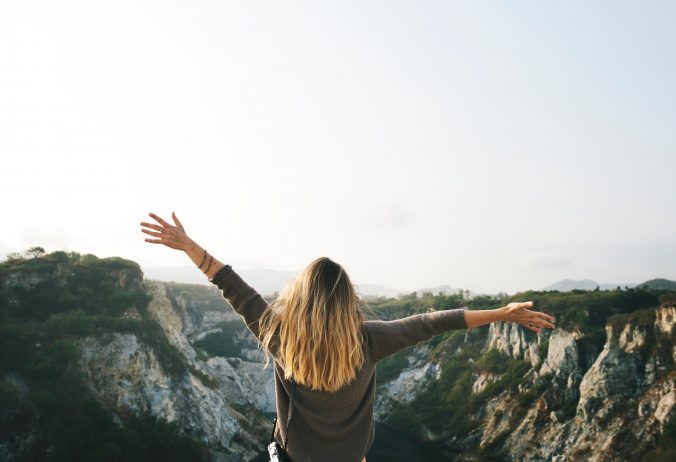 I Quit Social Media & Don’t Feel Bad About It

If you know me well, you know how much of a love/hate relationship I have with social media. A while ago my husband and I both deactivated our accounts. He’s still off of social media and has actually permanently deleted it. But after 6 months I decided to get back on primarily because of this blog.

But something very amazing happened during those 6 months of no social media and I am really missing it. Let’s be honest, social media has a lot of benefits. It can be so great and useful to keep in touch with friends and family. I recently was finally able to reconnect with my best friend from grade school, somehow during our college days we lost touch. Without Facebook, reconnecting would not have been so easily possible.

It can also be a good tool to publicize your own unique creativity, whether that be a blog, photography, or whatever you’re into. But while it has some great benefits, it has so many downsides. And I’m starting to rethink it again.

While I was off social media I was happier. I was not comparing myself to everyone else and hoping for more and more “likes”. Which obviously is not my intention. However, it is just the way social media works. It subconsciously creeps up on you, no matter how hard you try to not let it affect you. It’s that dopamine effect, that is innately built into all of us. I was also much more productive. Which was largely due to having so much more free time. I can’t tell you how much time I’ve wasted in my life on social media. And honestly, I really don’t want to think about it. But for the sake of this post, just googling how much time people spend on social media will give you several sites that all say the same numbers. One of the most interesting ones I found was this infographic: How Much Time Do People Spend on Social Media?. According to this site, a teenager today can spend over 9 hours a day on social media! The average person though will spend about 2 hours a day on social media. That is about 5 years and 4 months over the course of a lifetime. This beats time spent eating and drinking, socializing, and grooming combined!

A big part of me wants to change the world, to make an impact and to have my ideas heard. But trying to do this through social media has always seemed as though I am one small voice in a sea of millions of others. It occasionally pushes me towards being selfish and jealous. To judge my own self based on likes and comments and silly things like what event I did or did not get invited to. Plus, let’s be honest, anything that is posted gets liked by any number of people but then typically forgotten about by others soon after. Obviously, you can’t always give your children 100% attention all the time. But I don’t want my children to see me being so unresponsive and unengaged as I know I get when I am addicted to my phone. A few studies (like this one Digital disruption? Maternal mobile device use is related to infant social-emotional functioning [1]) are now starting to show the effects of being engaged with your devices around your children.

I also don’t particularly want my daughter to be on platforms like Facebook. I want her to be present in every moment, not risk getting sucked into a screen or trying to prove her worth through such an avenue. I want her to spend her time learning Torah, helping others, and doing things that matter. But how can I possibly teach her this while I have nearly every form of social media and am addicted to it myself? The best way to lead is by example. As her example, I need to be the woman I hope she will become.

Judaism teaches modesty as an essential core trait which every individual (man and women) should strive for. The Hebrew word for modesty, tznius, really comprises not just the way we dress physically but also our entire essence and being. This is in the way we speak (tone, words, and content) and the way we carry ourselves. This includes protecting and guarding our privacy and what’s special to us and unique. It’s the idea that the soul takes precedence over the body. This implies not having a need for an external definition of self. One who needs approval and admiration of others is in effect lacking in tznius. If you are aware of the worthiness of your inner self, and also that of others, you will not be in need of external approval and will act, dress, and speak with tznius.

The whole idea of tznius is really the opposite of what social media pushes through ideology, exposure, and even ultimately seeking approval of others. The more we view ourselves through external means, the less aware we become of our inner value and strength. But the more sensitivity we have towards our own spirituality and the spirituality of others, the less affected we will be by external obstacles.

It seems like we overlook our addiction to social media as we post every (even just the main) detail of one’s life. You know the feeling when you suddenly have a funny thought and think “hey I should post this on Facebook”, or every time you go to an event you feel like you have to upload a video or photo because not doing so will mean no one knows you went. This behavior ultimately has a consequence of a loss of modesty, dignity, and preservation of the inner self. If we share every idea, photo, and experience on social media, then what really remains of our inner core, our interior selves? Obviously, there are those who can manage to keep a presence on social media, even possibly making a positive impact on the world while doing so, and not become addicted or compromise their modesty. I am not by any means judging anyone who is on social media. This is a personal concern for me and a personal journey to hopefully better myself and accomplish more of my goals.

Lately, just in the secular media, there has been a lot of information and articles out there in favor of deleting facebook. Which has just solidified my desire to get rid of it. The former VP of Facebook, Chamath Palihapitiya, has said that he has tremendous guilt over helping to grow Facebook. Which he feels has eroded “the core foundations of how people behave by and between each other”.

The short-term, dopamine-driven feedback loops that we have created are destroying how society works: no civil discourse, no cooperation, misinformation, mistruth… This is a global problem.

Because your behaviors, you don’t realize it, but you are being programmed. It was unintentional, but now you gotta decide how much you’re willing to give up, how much of your intellectual independence.

And we compound the problem. We curate our lives around this perceived sense of perfection because we get rewarded in these short-term signals — hearts, likes, thumbs up — and we conflate that with value and we conflate it with truth. And instead, what it is is fake, brittle popularity that’s short-term and leaves you even more, admit it, vacant and empty before you did it. . . . Think about that, compounded by 2 billion people. [2] [3] Sean Parker, former Facebook president, said he is concerned about what social media is doing to children’s brains.

“I don’t know if I really understood the consequences of what I was saying, because [of] the unintended consequences of a network when it grows to a billion or 2 billion people and … it literally changes your relationship with society, with each other … It probably interferes with productivity in weird ways,” Parker said in an interview with Axios’ Mike Allen. “God only knows what it’s doing to our children’s brains.”

Another former Facebook employee and the creator of the “like” button, engineer Justin Rosenstein, said he thinks his invention is a contributor to “time poorly spent.”

And not long ago, Whatsapp Co-founder, Brian Acton, tweeted: It is time. #deletefacebook. After reports from The New York Times and the Guardian found that Cambridge Analytica, a conservative political consultant agency, illegally accessed and stored Facebook data from millions of users, according to CNN.

What we really need are more thoughtful ideas and overall calm in our lives. We need people to listen to each other instead of shouting at each other. We need to get to know our friends, family, and neighbors better, by having actual real-life conversations. We need more people who are present in each moment. I want to grow by looking inside and finding out what I need to do to be a better person. Not to base my self-worth on how many likes or what people say about me on social media. Do I have a solution? No, unfortunately. In fact, even thinking about it has me in a crisis of sorts. I don’t know if I could I survive without my Facebook and Instagram. Not being engaged and involved on social media might kill my blog, but this blog is for me to reflect on where I was and what I’ve become. If it helps others along the way then that would be great

For now, my personal plan is pretty simple. I’m going to stay off of social media besides during a small allotted period of time (if any), probably at night for like 30 minutes or so after our daughter is in bed. And I am keeping all of it off my phone.

If that proves to be too hard for me, perhaps I might delete it all for good. I know, simply limiting my time spent on social media is probably as good advice as telling a cocaine addict to “just have a little bit”. So we’ll see how this goes. Why am I really bringing all this up? Because before I go halfway off the grid again, I just want everyone to know why. And to know how to get in touch with me outside of social media. Also, I want it to be obvious why I am not wishing you a happy birthday on Facebook or liking all your posts. Just know that I love you all and that’s more than any “like” can do.

If you know me and want to stay in touch outside of social media, I would love to as well. To save my privacy, if you for whatever reason don’t have my personal contact info just email me via theoutoftownjew at gmail dot com or the contact form on this blog and I’ll respond. I look forward to hearing from you and to strengthening the real and meaningful relationships in my life.

How boredom can lead to your most brilliant ideas